Embassy of The Federal Democratic Republic of Ethiopia in Italy, Rome

Social Association of the Ethiopian Community in Lombardy, Italy

The Mystical Seed is a voyage of two friends, an encounter between an Italian and Ethiopian, Mario Migliara and Biniam Aschalew, lead by curious life huckabees. They both have different origins as much as different life experiences. Together with a small film crew, they decided to form a group and plan a journey withinEthiopia, pursuing to create a new form of communication and the real image around Ethiopia, its resources, the cultural heritage, products and creations.

It is a documentary film which firstly aims to increase the Value and the magical sense aroundthe Ethiopian coffee. The deep exploration of cultural heritages, traditions and customs of theland of Origins: starting from a cup of coffee and going backwards on a journey through theancient traditions and cultural wave generated by the Ethiopian coffee culture, will markunusual traces and clues that will drive to exciting discoveries.

In the period between 14th August and 12th September 2017

The film can be considered a tribute to the Ethiopian culture and a new way of creating stories. The plus-value given to the Ethiopian Coffee and the real Image communication created purposely in this film, will help people and coffee communities in the rural territories and regions to increase in better their livelihood.
Thanks to this documentary, the Ethiopian Coffee, the first ever cited in ancient books and the first claimed as “the cup of the beginnings” can revive and have back the right importance of its value.

The Magic Flute and the Virgin Forest

The documentary proceeds in its narrative evolution with the dramaturgy and music of the Zauberflaute by W. Mozart. The musical height precedes and makes it even more intriguing the evolution of the theses present in this film where coffee, with its mystical religious bond, the landof Ethiopia and Mozart are all one. Mystical Seed is also a journey, a journey to the divine. Thesame as the interpreters of the work. That is why we think we can also consider an evening with thedirector Mario Migliara, opera director and the producer as well as with the vision of thedocumentary. All this would be delighted to take place in Salzburg or Vienna as the documentary is entirely in English.

Synopsis Of the Documentary

The Mystical Seed is a voyage of two friends. Curious life huckabees lead the encounter between two people: an Italian and an Ethiopian. They both have different origins as muchas different life experiences. Oddly, one of them is a coffee lover engrossed in a sort of“Coffee-philia” while the other one does not even drink it. The Ethiopian, who has distantItalian origins, have being living abroad for many years and have the mission to contributefor his native land, communicating to the world the real values around the Ethiopian Made. While the Italian is a long time Director and Writer who approached the theme with thesame love and the dream to realize it. Both together, forming a small film crew, will follow the ancient routes of coffee, exploring the customs and traditions around this Mystical seed.
The title of the film not only intends to charm people interest, but a real development inside the documentary, of how much the fruit of this plant is a gift of nature which permits to the humane race the access to memories and to an intellectual path that produce a real spiritual benefit.

And Ethiopia is the real depositary of this mystical seed; thanks to the country’s long history, the cultural research around it, to its mystical and ancient coffee ceremony that develops multiple meanings inside the people.

Coffee is not an excuse but is an important subject for the team inside the film. The team will deeply explore the origins, the culture and the lands of coffee, starting from a cup of coffee and arriving towards the wild plants in Ethiopia, in a sort of backward trip through the ancient traditions. The Voyage is always full of unforeseeable and adventurous occasions. The path will never be simple and the discover of the natural coffee cultivations, the use and costumes around it, the people who work for it, and the cultural wave generated by the Ethiopian culture of coffee, will be marked by unusual traces and clues that will drive us to exciting discoveries.

The film can be considered a tribute to the Ethiopian culture and a new way of creating stories. The plus-value given to the Ethiopian Coffee and the real image communication created purposely in this film, will help people and coffee communities in the rural territories and regions to increase in better their livelihood. 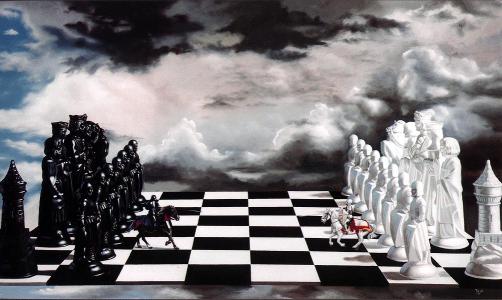